The first book in my memoir series was –

tales from our ‘apprenticeship’ on a wheat/sheep farm in Western Australia.

For my second book in this series, I first thought I’d post a chapter a month for most of this year and then self-publish it in time for Christmas 2015, but I’ve received quite a few opinions advising against it.  So for now, I’m posting perhaps 20% or so of each chapter, and see how that feels. Just please keep in mind these are early drafts and still may change – a little or maybe substantially. In either case, they are an entertaining read – not always so enchanting to live through, but definitely never boring. Here we go –

“A whole year, marking time in the city.” Kanute frowns as he remembers. He curls his lip at the thought. “Guess I was luckier than you. At least a Building Supervisor spends some part of his day outdoors. On the building site, mostly. Heaps of driving too… suppliers, meetings—and SO much time at Councils, trying to get approval for all kinds of jobs.”

“Tell me about it,” I say, and can’t help wrinkling my nose in disgust. “Stockings and high heels, and make-up every day. Hairdressers and new hairdos and spiffy clothes. It was hard to take,, being in an office all day again, after the freedom of the farm.”

How reluctantly we had returned to city jobs. Our hearts stayed in the country—far from the acrid smells of traffic and hot bitumen and pollution straying around every crowded corner. The night sky we now looked at competed hopelessly with the arched glow of city lights. Whenever we couldn’t physically escape to the country, we found solace at the beach, looking out to sea. The atmosphere there bore the strongest resemblance to the clarity and space of all we had left behind—with an added bonus of clean, salty air. 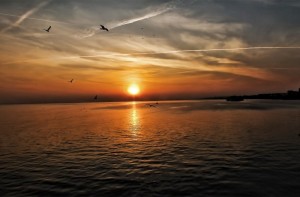 Twelve long months of increasingly desperate searching… it was sadly but surely becoming clear to us that buying any kind of productive farm, let alone the farm of our dreams, was financially impossible.

“How depressing was that?” I sigh. “Weekend after weekend, we’d set off with hopes so high that this would be the one… ” I am interrupted by an unexpected grin spreading across Kanute’s face. A loud laugh rolls out as he says, “What about that farm in the Adelaide hills? The one tucked away at the end of that winding, leafy lane?”

I start laughing too. “The one we rejected, thank God. Our guardian angel sure had us firmly in her sights that day.” Some years later we revisited that pretty, shady corner of the woods. The property now had a name on the rusting and precariously leaning gate, in lieu of the ‘For Sale’ sign—’Poverty Point’. Yes, well… 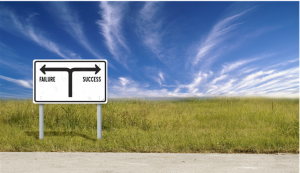 a picture tells a thousand words

Reluctantly, we accepted the inevitable, our thoughts turning to the possibility of share-farming—the dairy kind. Not only were we woefully ignorant of how this worked, we seriously doubted any farm proprietor would share his precious herd and property with two novices like us. We had no idea where to look for a solution. We only knew we desperately wanted to be farmers.